Cinematographer - Everything You Need To Know

A cinematographer, also called a director of photography, is the crew chief that is responsible for the camera and light crews. Cinematographers are masters of cinematography – the art of visual storytelling used in films and television shows.

Much of the impact of a film or television show is visual. Cinematography represents that visual aspect, whether through the camera and lens choice, angle width, aspect ratio, or other visual elements.

The impact of certain shots also plays a significant role in the overall feel of a film. For example, an extremely wide shot places the subject in a more vulnerable position, while a medium shot helps the audience feel like they are part of the conversation. The size of the shot restricts how much of the scene the audience can see.

Role of Cinematographer in Movies

Cinematographers work closely with others on a film set to achieve the right visual outcome, including the lighting department, camera operators, and directors. Cinematographers also utilize various methods to create specific looks for scenes, such as lighting elements, shot sizes and widths, and camera angles.

After filming wraps, a cinematographer works with the processing lab to ensure that the color is retained and the visuals represent the creative vision of the director.

Duties and Responsibilities of a Cinematographer

A cinematographer has several major responsibilities and duties when working on a film set. The first is choosing the visual style and approach of the film, which will depend on the story and feel. The next duty is to determine the lighting for each scene. In a film, lighting creates the visual mood for the scene, so a cinematographer must use it to enhance the contour, contrast, and depth of the image to support the atmosphere.

Another key responsibility is establishing the camera setup for each shot. This setup includes the type of camera used as well as the lens, angle, and techniques utilized to bring the scene to life and represent it visually. The vantage point of each camera also factors into the camera setup. Cinematographers are heavily involved with the film from start to finish, and they attend rehearsals to determine the camera setup in response to actions, gestures, body positioning, and blocking done by the actors.

Cameras and Lenses for Cinematographers

How Do You Become a Cinematographer? 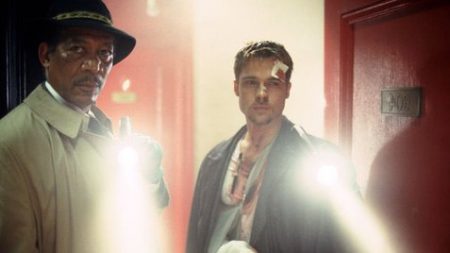 “Kill Bill”
Many of the best cinematographers learn from one another. Orson Welles, the talent behind “Citizen Kane,” said that he was greatly inspired by John Ford, who invented both the chiaroscuro and western techniques. Some of the other films that are known for their cinematography include “The Immigrant,” “The Tree of Life,” and “In the Mood for Love.”

How Much Does a Cinematographer Make?

Where to Find Out More