You can use an extreme close-up to:

Scene from “Pink Floyd The Wall”

Definition of a Close-Up

A close-up is a shot of an object or subject taken at close range to show greater detail. This type of shot is framed tightly. Close-ups of actors are typically used to frame characters’ faces so that they dominate a scene by filling up the screen.

Uses of a Close-Up

A close-up shot can showcase a character’s reactions and emotions. A close-up can also show details when it comes to objects.

You’ll give your audience an intimate, detailed look of your character when you use a close-up. Close-ups draw viewers into the subject’s space and are one of the best tools to demonstrate the emotional state of mind of a character.

In terms of objects or settings, close-up shots can reveal information or details. For example, a close-up of a letter can reveal a name or date that spurs the plot forward. Generally, however, close-ups focus on characters and heighten a scene’s emotion.

You should know four main types of close-up shots:

Scene from “Pink Floyd The Wall”

Why Should a Director Use a Close-Up?

A director can decide to use a close-up when they want to:

Things Actors Should Do Before Filming Close-Ups

As an actor, you should do a few things before filming a close-up:

The History of Close-up Shots

Directors started using close-up shots at the beginning of the 20th century, so they’ve been around for over 100 years. Filmmakers used close-ups in early movies such as:

Filmmakers continued to use these shots more and more. Famously, Sergio Leone used extreme close-ups in “The Good, the Bad and the Ugly.”

Now that you know a little more about the basics of close-ups, let’s explore extreme close-ups in detail.

Written as “ECU” on the shot list, the extreme close-up is a shot that’s even tighter on a subject than a regular close-up. With an extreme close-up, the subject takes up most or all of a frame. An extreme close-up shot will frequently only show a character’s facial features. A director of photography uses a long lens at a close range to film these shots.

Because an extreme close-up will closely frame a subject, the outer portions of that subject are often cut off by the frame’s edges. This technique frequently shows specific parts of a subject’s body, like their hip or face. Shots can zoom in even closer to show only one eye or the mouth of an actor.

You can also film inanimate objects, basing your choices on the object’s scale and size. The general idea of an extreme close-up is that you won’t see the full subject but instead focus on a specific portion to create the desired effect.

Directors use extreme close-up shots to:

Extreme close-up shots can be used on:

You’re in control of how close you set an extreme close-up. As long as you cut off portions of a subject in the frame, you can refer to a given shot as an ECU. Identify moments for extreme close-ups when you’re doing a script breakdown.

Exploring examples of ECUs will help you understand the motivation behind the shots. Directors tend to use extreme close-ups for specific reasons in terms of narrative.

HBO’s “The Night Of” uses extreme close-up shots for practical as well as thematic reasons. These shots show pieces of evidence so that the audience can come up with theories about the case. 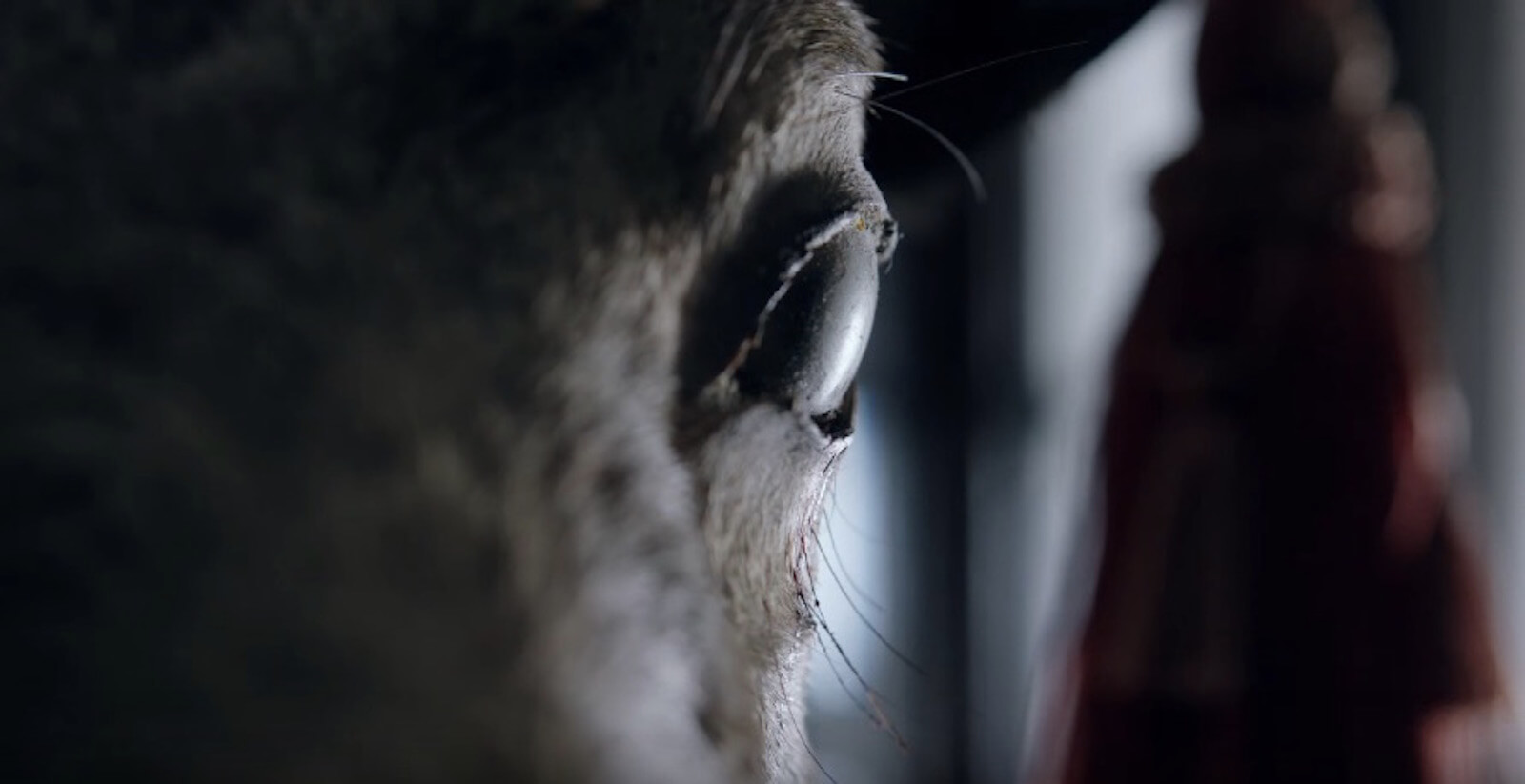 Scene from “The Night Of” 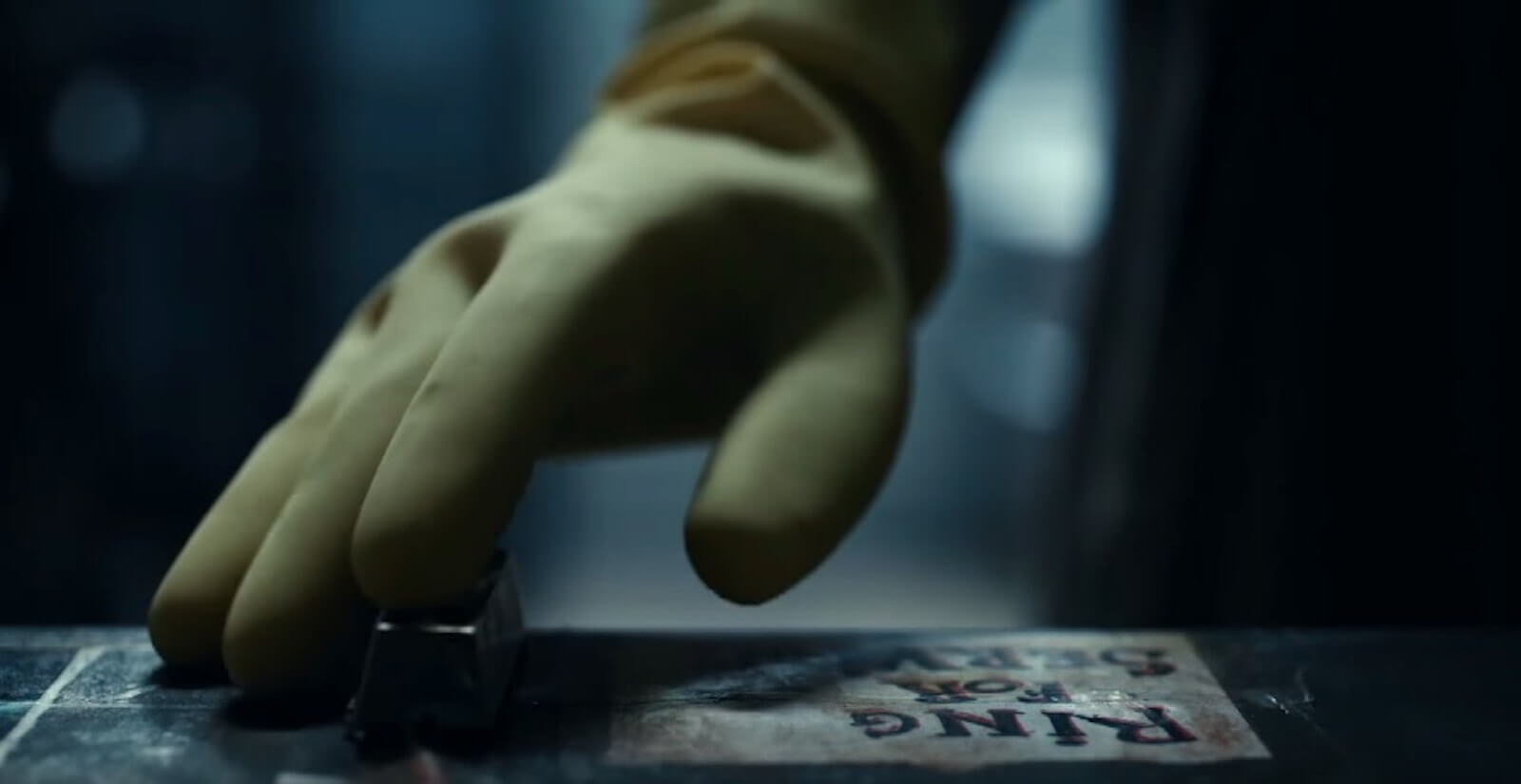 Scene from “The Night Of”

The extreme close-up makes you wonder who is wearing those gloves … and why.

Depending on how you choose to use them, extreme close-ups can give or take information away from the viewers.

As another example, in “Sherlock Holmes: A Game of Shadows,” extreme close-ups show the character’s thought process.

This creates emotion instead of sharing information with the audience.

ECUs can also trick an audience to pay attention to the wrong information.

A standard close-up gives additional information in this sequence.

Viewers end up focusing more on the image in the extreme close-up, even though the standard close-up revealed key details. By revealing information that’s less important in a more dramatic manner, you can cause an audience to ignore important details.

The film “Minority Report” provides further examples of the use of extreme close-ups.

The shot heightens the anticipation while adding a tactile sense to the experience.

This shot in the film shows the character pulling out his gun, then ends up on his facial features.

When you’re trying to analyze extreme close-ups, you can imagine them shot as full shots, medium shots, close-ups, or POV to understand the effect the filming choice has on a viewer’s experience.

When deciding to use a close-up shot, you should consider a few things:

Summing Up the Extreme Close-Up

Any film is about conveying feeling. As a director, you want to present a story that allows an audience to deeply feel something. An extreme close-up can be an important tool to create emotion in your project. You need to know how to use extreme close-ups well to have the intended effect as these shots are very noticeable to an audience. Once you master these shots, though, you can enhance an audience’s emotional connection to the characters and themes in your work.

If you’re interested in learning more about extreme close-ups, apply to Nashville Film Institute to gain professional qualifications as a filmmaker.

San Francisco is an iconic city in northern California, and it has been featured as the backdrop of many films and TV shows. Check out