A field producer is a story coordinator when the crew is on location. This individual is in charge of the story’s production, working with a reporter and photographer to set up interviews, acquire the video, and gather data. In addition, the Field Producer serves as a link between the crew and the newsroom. 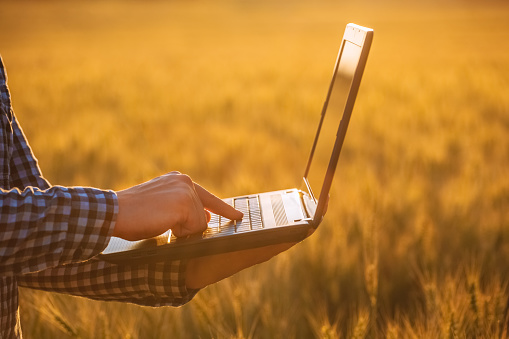 Who is a Field Producer?

A field producer is a member of a film,radio, or television production crew who supervises material production on location. Field producers coordinate stories shot outside the studio. Documentary filmmaking, journalistic reporting, and reality television are all their familiar places of work.

Field producers have received extensive training and are prepared to manage various scenarios. Some have completed film and television production programs at colleges and universities. In contrast, others have learned on the job by working in a variety of roles on film crews to gain experience in all production elements.

Job Responsibilities of a Field Producer

Acting as a coordinator and liaison between personnel in the studio, the field crew, and the subjects or performers is an integral part of a field producer’s job. Everything from securing filming locations to assuaging apprehensive interview participants falls under the umbrella of coordination. The field producer may create and film the story or collaborate with another producer to bring that producer’s written plot to life on film, depending on the nature of the production.

Field producers determine equipment requirements, hire and manage field personnel, and oversee the loading of production vehicles to guarantee that everything required is delivered to the field. They collaborate with people such as location scouts to find good filming locations. This production team member may be in charge of setting up people for filming, obtaining permits, and arranging for the film crew’s meals and lodging. In addition, the field producer must complete other unique requirements.

Field producers can conduct interviews and coach individuals to make them feel at ease in front of the camera. For example, the field producer may suggest making the subject appear more realistic on film. Subjects can also be trained to avoid rambling, sounding monotonous, and other issues that can derail an interview. Animal subjects require a similar level of organization. To prevent upsetting the animals, the field producer must locate animals and handlers, plan health and safety precautions, and meet needs by employing unique lighting or camera techniques.

Video: A Guide for a Field Producer

Many field producers have a bachelor’s degree, and most candidates have one to five years of production experience. Employers look for field producers with experience in filming, lighting equipment, and editing and graphics software in both production and post-production. Time management, as productions are constantly deadline-driven, highly developed communication and writing abilities are also essential. Field producers are also in charge of time sequences, video editing, and broadcast review to ensure output meets existing broadcast and performance requirements.

How to Become a Field Producer?

One of the first things to consider if you want to be a Field Producer is how much education you’ll need. Even though most Field Producers have a college degree, obtaining one with only a high school diploma or GED is difficult.

When it comes to learning how to become a Field Producer, picking the right major is crucial. When we looked at the most frequent majors for Field Producers, we discovered that they mostly earned Bachelor’s or Master’s degrees. Associate Degrees and High School Diplomas are two other degrees that we frequently see on Field Producer applications.

Aspiring field producers must be able to meet tight deadlines, be flexible with their schedules, and be willing to go to remote regions to cover a story. In addition, they should have past professional experience, including an understanding of filming, editing, equipment setup, and a bachelor’s degree. A field producer’s job is to ensure that a live or prerecorded production satisfies an employer’s quality standards.

Employers listed a valid driver’s license and the ability to travel as requirements for being hired for this position. In addition, event coverage and location-based production frequently require evening or weekend work.

Video: Being a Field Producer for Documentaries

Average Salary of a Field Producer

When it comes to being a Field Producer, there’s more to it than meets the eye. Did you know, for example, that they earn an average of $32.11 per hour? That works up to $66,796 each year!

A resourceful field producer can predict specific issues and move promptly to handle others, saving time. In this profession, the ability to think rapidly is critical. When it comes to filming, things may rapidly go wrong. In field production, time is money, and a producer who can consistently maintain shows on a budget or under budget is more likely to be recruited again.

Reese Witherspoon – Everything You Need To Know

Reese Witherspoon first appeared on the screen as an unknown actress with blonde curls and a southern twang before becoming an Academy Award winner, a