Who is a Film Producer?

A film producer is responsible for finding and launching projects, arranging finance, hiring writers, a director, and a creative team, and supervising all pre-production, production, and post-production events until film release. Film Producers are the first to get involved in spotting the creative and commercial opportunities of production and continuing as a driving force till distribution.

It is common for film productions or TV shows to have many producers. While some producers hold the title in name, others work on the sets actively by managing production logistics, in close collaboration with the director from start to end. The primary responsibilities of a film producer are managing the smooth running of production and completion of film on time and budget. This requires a broad set of skills.

The Producers Guild of America is Hollywood’s principal professional organization of producers.

Film production includes a range of roles, and in some cases, one person does everything. In most cases, the roles are divided and shared between different people. The common types of film producers are,

What Does a ProducerActually Do?

Responsibilities of a Film Producer
A film producer involves in starting, organizing, overseeing, and controlling the production of a film, tv show, an online series, or commercial video. A good film producer is responsible to provide the needed resources, logistics, and infrastructure for everyone involved in the project including creative process and production.
What Does A Film Producer Do?

Responsibilities During Filmmaking
A film producer’s role is to bring leadership and vision to a project and exercise control and authority during production. Their roles include the following:

A film producer hires a director after working with the source material. Then the film producer organizes a creative team, starts to gain financiers, raises money, and reduces the production risk. Of course, finding a new project precedes the development stage, and producers rely on their relationships and contacts with other production companies, producers, directors, writers, and creative teams. In addition, some film producers are in contact with investors, actors, agents, cinematographers, and costume designers.

The film producer is among the first to start working on a film. During pre-production, the producer of the film works to organize investment and financing in the film. Next, the producer gathers a creative team to help package the pitch to production companies and studios while selling the project. Then the producer with the writers’ team tries to find a director and leading actors. A successful film producer will get approval from any studio or production company or arrange financing from investors for the film or TV show launch.

As production starts, a film producer’s responsibilities include,

The film producer is responsible for essential marketing plans, such as advertising, public relations, distribution, and release.

With Whom Does a Film Producer Work?

A film producer works with almost everyone. Film producers communicate and lead the whole production team and manage distribution and marketing teams. In addition, they respond to executive producers who oversee the film studio, financiers, or the overall leads on a TV show.=

How to Become a Film Producer?

Step: 3 Gain experience through some internships at a small studio, radio station, or television network.

Step: 4 Find an entry-level job at a radio station or television network. You can acquire knowledge from experienced, high-level producers.

Required Skills for a Film Producer

According to the U.S. Bureau of Labor Statistics, the following are the requirements for a Film Producer.

Degree: Degree is not a requirement but a Bachelor’s or Master’s degree will be helpful.

Field: Degree in any field such as fine arts, writing, acting, journalism, arts management, or other comparable disciplines is considered.

Experience: As bigger products are often given to producers with more experience, internships will be helpful.
Film Producer Interview

Currently, job opportunities for film producers are expanding. The Bureau of Labor Statistics records that from 2016 to 2026, the employment of film producers and directors will grow 12 percent, faster than the national average for other professions. The median annual salary of film producers as of May 2019 is $74,420.

James Francis Cameron is a renowned filmmaker of science fiction and epic Hollywood tales. His successful films are Terminator, The Abyss, Aliens, and True Lies. He is known for big-budget productions, Academy Awards, and high-grossing films. In addition, he is committed to deep-sea exploration and environmentalism.

Kathleen Kennedy is the co-founder of the production company Amblin Entertainment and president of Lucasfilm. She is one of Hollywood’s leading producers. She has worked on more than 60 films, including three of the highest-grossing movies and Academy Award nominations.

Kathleen Kennedy on Role of a Producer

Shelton Jackson “Spike” Lee is an award-winning film producer, director, screenwriter, and actor. In 1986, after his directorial debut, he founded 40 Acres and a Mule Filmworks, his own production company. His work explores political issues, urban life, and race relations.

Spike Lee on Raising Money For a Money

Steven Spielberg
Steven Allan Spielberg is a famous director, producer, and screenwriter. He became famous with Jaws. He represents New Hollywood, a process of filmmaking in which the director holds a key role. His versatile work on Harrison Ford’s blockbusters won various awards.

Quentin Jerome Tarantino is a filmmaker, producer, and screenwriter who acts in his movies. His films are pop culture icons, earning commercial success and cult followings. His indie filmmaker career started with Reservoir Dogs and True Romance. Pulp Fiction was a commercial success that established his non-linear storytelling, dialogue, and ensemble casts style. His other hits include Django Unchained and Inglourious Basterds.

How To Get Verified On Instagram – Everything You Need to Know 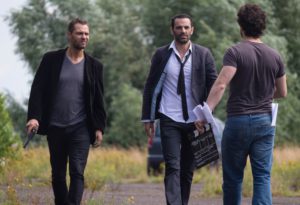 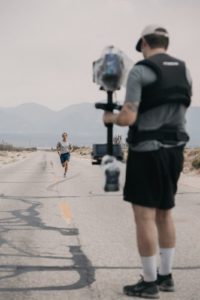