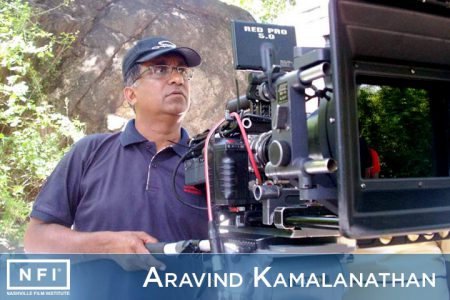 Aravind Kamalanathan is primarily a Director of Photography with 30+ years’ experience in the Indian Film Industry.

After working in several successful Feature films and commercials, the wanderlust in him….a restlessness, an eagerness, and a hunger to digest as much as he can from life…seen through the lens of a camera,  drove him by genetic curiosity to venture into the world of close range aerial photography.

Aravind pioneered in India Helicam – or Drone Cinematography as it is more popularly called – and trained several pilots and camera operators. His passion and drive where cinema is concerned has given him a keen incisive awareness of the nuances of filmmaking and has constantly kept himself upgraded and updated with not only the technical but also the creative side of cinema. A very voracious appetite for Hollywood cinema and a healthy respect for European cinema, makes him a much sought after filmmaker in today’s ever-changing Digital Cinema world.