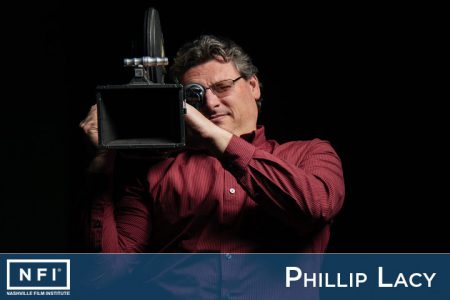 B.S.C. and M.F.A. in Motion Picture Production from the University of Miami, Coral Gables, FL. (IMDB)

Favorite quote:  “The first quality of a Director is to see.” -Michelangelo Antonioni

Student advice:  Once you begin, you will never stop learning about film, it is a language that is ever changing, ever growing, and once you think you know it all, the industry will just go on by you.  It is your job to make the most of your opportunities at school with your instructors and your collegues and never forget that actions speak louder than words.

An independent filmmaker for years, Phillip has been behind the scenes features films, television series and several commercials, promotional and educational videos.  Often operating as a “One-Man Band”, having to write, direct, shoot and edit video for clients, this experience has been very rewarding and has accounted for quick decision making.

Phillip has taught cinematography, lighting, editing, directing, animation, screenwriting and film production at the University of Miami as well as colleges in Nashville, Louisville, and Southern Indiana.

Phillip loves living in Watertown, TN with his wife, Kim and their two dogs, Pepper and Willy.

Go to Top
If You Want To Be A Filmmaker... Why Wait?
Download NFI's Free Brochure :