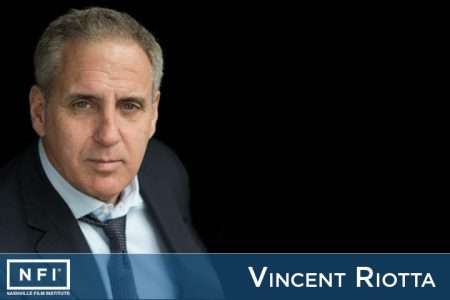 Vincent has successfully pursued a career in acting, directing, writing and has an extensive career as an acting teacher, spanning 36 years in three different countries; England, U.S.A and Italy.

He has worked as an actor with many esteemed movie directors ranging from Ron Howard, Paul Haggis, Christopher Nolan and Peter Greenaway , Zack Sneider, Jose Padilha, Bille August and most recently filmed The Pope with Anthony Hopkins and Jonathan Pryce directed by Fernando Mereilles and he has just returned from Belgrade where he played the role of the celebrated Italian Scientist , Luigi Crocco in the Bollywood Film ‘Rocketry, The Nambi Effect’ about the Indian Scientific genius, Nambi Narayanan, directed by and starring Madhavan ( Maddy ), and the Indian superstar, Shah Rukh Khan.

His TV career stretches from work on the BBC and ITV in the UK, RAI and MEDIASET in ITALY to Netflix and HBO in the USA. Most recently the HALLMARK remake of the classic Audrey Hepburn movie, Roman Holiday, renamed Rome in Love.

As an acting teacher, he founded the Hollywood Blvd Acting School in Hollywood, California where he was artistic director for four years.

A full biography is available on IMDB.COM.

Go to Top
If You Want To Be A Filmmaker... Why Wait?
Download NFI's Free Brochure :