“NFI is the perfect place to start growing your craft in the never-ending film world.” 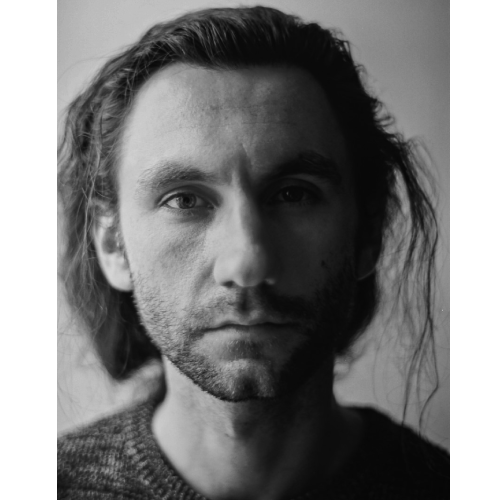 Tyler Eckels has seen a lot. Still in the waning days of his 20s, Tyler has lived the rigor of military discipline, running satellite communications from inside a mountain for the Army, and seen the whims of wild power plays as producers deftly move millions on movie productions.

After the army, Eckels, now a respected cinematographer, decided to pursue music. He studied audio engineering and even built a professional recording studio. Little did he know, all that audio equipment was about to get pushed out of the way by a new passion: filmmaking.

A good friend had started shooting films, and Eckels was all in.

“I liquidated the studio and it all went into filmmaking gear,” Eckels said.

Eckels heard about Nashville Film Institute, a 9-month vocational film school, and discovered that his GI Bill benefits would pay his tuition and a sizable living allowance while he learned the practical skills he needed to follow his new dream.

As it turns out, it’s not a new dream after all.

“It’s funny, I used to make movies as a kid, but not as a filmmaker,” Eckels said. “I’m obsessed with World War II, and I spent my weekends making movies about World War II. Now I go back and watch… I can literally see the filmmaker in me.”

The film world seemed mythical and unreachable, so Eckels didn’t even consider it as a career path. Making movies was something other people got to do.

“It never seemed like a remote possibility that I would work in the movie business,” Eckels said. “It’s weird how it has circled back around. I’ve been put in a situation to just do the things I’m good at, and not have to do anything I’m bad at.”

“It was awesome learning how some of these great films came to be,” Eckels said. “It was invigorating!”

Eckels made an impression on Ellars as well.

“He has a strong drive and ambition, and a good sense for quality. I know he is very capable,” Ellars said.

After nine months of intensive study at Nashville Film Institute, Eckels got his big break into the film industry.

“NFI secured a project that was being filmed in Nashville. I met the line producer, and that was my intro to legitimate filmmaking!” Eckels said.

Eckels’ work ethic served him well as he grew his first job on a film set into a career that is ever expanding.

“At first I was literally a free intern,” Eckels said. “With the military experience I knew how to put my nose down and work my butt off.”

The producer fired a stand-in and gave Eckels his $100 day rate to keep him on after the internship week. Although Eckels has since been in demand on films starring Bruce Willis and Mel Gibson, the bigger-budget work keeps the lights on so Eckels can make films that matter to him.

“I want to change the form of filmmaking, open it wider. It opens people’s minds up,” Eckels said. “I want to make good, thought-provoking movies that people will want to watch forever.”

With his fellow classmate Austin Taylor who he met at NFI, Eckels now runs a busy film production company called W.B. Tyler in Fitzgerald, Georgia. He is also reaching a hand back to those who follow, exploring a project to provide studio space and equipment for young filmmakers to come make movies at a high level but without a big budget.

Eckels has some advice for anyone taking their first job in the film industry:

“You have to be multi-dimensional and figure out where you fit in. Be the clutch dude who is helping this big machine move along,” he said. “Be a cool person. Be open to that door opening to you.”

Always being drawn to the camera, Eckels made that his primary focus in the diverse world of filmmaking. He quickly became the go-to cinematographer for his fellow colleagues for any and all of their creative projects.

It wasn’t long before Eckels started getting calls from the upper echelons of the Nashville film production community. Shortly after graduating from NFI, Eckels was fortunate to work on numerous commercial campaigns and music videos in the Nashville area.

Although he was very thankful for these opportunities, Eckels heart lay in the land of true cinema. “It was important to cut my teeth on any kind of gig I could get my hands on, and even though we hardly knew what we were doing, it felt like it was time to level up.” he says.

In the summer of 2018, he and his creative partner Austin Taylor headed to Los Angeles to take the next step on the filmmaking journey.

It didn’t take long for Eckels to secure his debut feature film as a cinematographer on the indie feature, Birds.

“We really swung for the fences”, Eckels said. “We shot for 26 days straight, no breaks. It was the most amazing and awful experience of my life. Everyone involved pushed themselves to the limit. We didn’t give ourselves any rules. The door was open for anyone to throw in their ideas. I could test any crazy lighting or framing idea that popped in my mind, so that was worth all the crazy hours” he said.

After almost two years of grinding and networking in the City of Angeles, Eckels and Taylor had to head back to the south. An old friend, producer Alexander Kane, called and said “boys, y’all want to shoot a Bruce Willis movie?”. Naturally, the answer was yes! The next step had arrived.

Eckels assembled a team and a camera package and headed to Fitzgerald, GA to start production on the film American Siege. The film already had a cinematographer on board, so Eckels became a camera operator on the project. The demands of film became so great that Eckels was quickly promoted to 2nd Unit cinematographer.

Eckels seized this opportunity to shine and has now shot 5 more feature films as a camera operator or 2nd Unit cinematographer. He is now slated to be the primary cinematographer on a television show shooting this winter and a feature film shooting January of 2022.

“I was attending a 4-year college when I realized there was a much quicker way to get started in the industry. I have been working in film the last year, instead of still attending university, because of the connections and opportunities I received while at NFI.”

“Before coming to Nashville Film Institute, I had only worked on projects for family and friends. But I fell in love with the art of filmmaking and wanted to learn more. At NFI I was able to work on several film projects while honing my craft. Which lead me to teaching film at Corbin Middle School for the past 3 years”

“I wanted to come to NFI to push my creativity, work and passion for filmmaking. Those three things are significantly essential to be successful.”

“I’ve never worked harder on anything in my entire life than I did on my thesis here at film school. It was absolutely the most rewarding moment of my life to see your hard work and creativity come to fruition among your friends, your teachers and most importantly for yourself.”

“I was in my thirties with a bachelor’s degree when I decided to pursue my lifelong dream of filmmaking. The Nashville Film Institute offered the perfect opportunity to learn the hands-on skills I needed, taught by industry experts, without wasting four years in a traditional undergraduate program.”

“I currently live and work in Los Angeles, CA as a production freelancer. In the past 3 years, I’ve worked on everything from small short films to big broadcasted television shows; Netflix, VICE, CBS, Hallmark. Anyone can do it; you just have to trust and believe in yourself. It’s hard work. No doubt, but I love what I do! And if you’re willing, you could love what you do too!”

“I absolutely loved the experience I had (at NFI). I met new people and made new friends. We laughed together, worked together, and enjoyed our time together. We decided what kinds of films we wanted to make at the school, even so what movies we wanted to make after we’ve completed the program. We were taught by great teachers about the film business in general; what to expect, who to meet, and how to accomplish our goals as filmmakers…And right now I have a starring role as an actor in an upcoming Hulu/Prime Video streaming series…called By A Thread.”

“I came to NFI a single father of two girls, and a veteran of the armed services with a passion for film, writing, and dreams of bringing my own story to life. NFI gave me the knowledge, confidence, and fuel to ignite my passion; the instructors at NFI are educated, and trained in their field with more than just a diploma but real-life experience that they pass along to the students. The staff is hands on, personable, and friendly. I graduated from NFI with more than just a degree, I graduated with a family of creatives that I have the honor of working with.”

“My son Kappel never was one who could be easily settled into a box…One day, he called me and said, “Dad, I’ve found a film school in Nashville called NFI. I think I could really learn a lot there. It’s practical, and intense, and there’s hands-on training with professionals…”

“At NFI Kap deepened his expertise and his passion for film. It was worth every penny I paid. I’m an actor and a writer, and, as a bonus, Kap asked me to act in, and co-write the screenplay for his final student film. It was one of the proudest experiences of my life. As a dad, I’d recommend, without hesitation, NFI for your out-of-the-box kid.”

“My son attends NFI and is learning sooo much and he’s very happy at NFI. Every instructor is excellent and they go above and beyond to make sure each student is learning the material and experiencing success! The small class size is a definite advantage over the larger film schools. He isn’t a number at NFI.”
How to applyfor Veterans Aid?
How to apply for Veterans Aid?