When script writing, your script, also known as a screenplay, should detail character dialogue, scene settings, and actions that take place throughout a film, TV show, or another visual story. Your screenplay should properly tell your film’s entire story from start to finish because it’s a blueprint of the plot and character development before the film comes to life on screen.

How to Write a Script

Writing a script helps express your creativity and make a story come to life. It often takes time and dedication to craft well-rounded characters and a compelling plot. These steps can help you create a captivating script:

Download a few scripts or screenplays to find examples of well-written dialogue, characters, and storylines and to learn what producers are looking for in terms of genre conventions and themes. It might help to take a few writing workshops to develop your skills or better understand how to craft a strong script.

As a writer, you want to consider the production probability of actually selling the script:

For story marketability, writers are typically encouraged not to follow market trends since by the time the script has been polished, the trend may no longer be popular.

In general, you should write what is interesting to you with a story that you are passionate about.

Think about the location of your story. Detail your world well enough to help audience members vividly imagine it. Consider the genre of movie that you want to create. A few elements to consider in world-building are:

Determine who your main character is and note their:

When building an antagonist, consider:

4. Organize your story with a synopsis

A film synopsis outlines the story in the order that your audience will view it. The stages of your story typically include:

As you build your first draft, follow your synopsis, and start building your story.

Take risks while you write this first draft, and try to get your ideas out as best as you can. You can revisit these ideas later during your rewrite to see if they work well with your plot.

Consider writing a 1-2 sentence logline that summarizes the plot of your script so anyone can easily understand what the main ideas of your story are. Ex: the logline for A Quiet Place might be: “A family must live in dead silence so they can avoid monsters with incredible hearing abilities”

5.1. Formatting Elements to Include in a Script

Above is a great source from Writers Store that shows the basic formatting need in a script.

Many cinema production programs teach students how to properly format scripts so that filmmakers, actors, and production crew members can easily read it. Since production companies receive new scripts every day, they may disregard a script that’s not properly formatted.

You can either format the script yourself or use a scriptwriting software like Final Draft, WriterDuet, or Amazon Storywriter that automatically formats it for you. Here are some elements to include:

Here is more video detailing the basic elements to format a screenplay:

Length of a Script
There are many different types of scripts, so the length depends on what genre and visual storytelling project it’s for. As a general estimate, one page of a properly formatted script equals one minute of screen time. Many scriptwriters use 12-point Courier font for proper formatting and to more accurately estimate the length of the production.

Here are the typical length estimates for a variety of visual storytelling projects and genres:

Reread your script and cut any parts that seem irrelevant to the overall story. It can help to print the script out and highlight or mark sections to address in the rewrite. Make note of sections that have:

Scripts usually need a few revisions before you’re ready to send them to a potential buyer. Each action should push the story forward. Continue rewriting until you accomplish this. Make sure your rewrites are addressing:

Scriptwriting takes a significant amount of time, discipline, and motivation. By understanding what a strong script looks like and knowing how to outline your story properly, you can feel more confident in your ability to start and finish a strong script.

You can learn all skills related to film making by applying to the Nashville Film Institute here.

A casting director is responsible for choosing the cast, or the actors and actresses who will fill the roles in a production. This production may 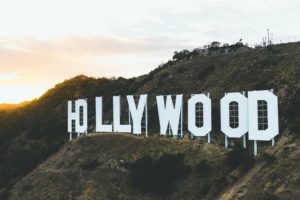